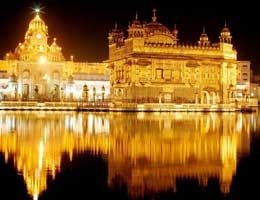 Punjab is known as land of five rivers. Tourism offers the best prospects of helping the state and helps in earning substantial amount of revenue for meeting the necessary requirements of state. It has to be recognized that tourism not only generates employment, but also upgrades infrastructure of the state created for tourism, which is then used by all other sectors of economy. Recognizing the importance of tourism, the Government has given tourism a special status by declaring it as an industry in Punjab in the year 1996. The state does not have much to offer as far as natural resources are concerned but it has an excellent infrastructure as compared to other states, which is helpful in attracting tourists. There are several places in Punjab that attract tourists and these are Amritsar, Jalandhar, Chandigarh, Ropar, Bhatinda, Pathankot, Muktsar, Hoshiarpur, Fatehgarh Sahib, Patiala and Kapurthala.

The most important tourist center in the state is Amritsar with its Golden Temple. This temple is considered to be the holiest of all the pilgrimages of Sikhism and houses Akal Takht, the supreme governing body of Sikhism. This site became internationally famous and popular among tourists after being recommended to UNESCO for world heritage monument site. There is no dearth of tourist attractions in Punjab. The tourism product of Punjab is varied and rich in culture and heritage. Punjab has much to offer in terms of culture, heritage, food, festivals, fairs, rural life, local arts & crafts, ancient palaces & monuments, religious places etc. 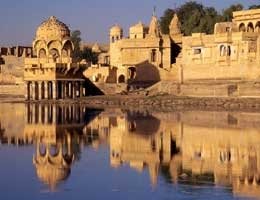 Rajasthan is beautiful and largest state of India. Rajasthan is bordered by Pakistan to the west, Gujarat to the southwest, Madhya Pradesh to the southeast, Uttar Pradesh and Haryana to the northeast and Punjab to the north. Jaipur (Pink City) is capital of Rajasthan. People speak here Rajasthani Language. The main geographic features of Rajasthan are the Thar Desert and the Aravalli Range, Mount Abu, Raisina Hill, Thar, Luni River and may more.

Rajasthan’s economy is primarily agricultural and pastoral. Wheat and barley are cultivated over large areas, as are pulses, sugarcane, and oilseeds. Cotton and tobacco are the state’s cash crops.

Rajasthan positioned fourth place also in Domestic tourist visitors. The palaces of Jaipur, lakes of Udaipur, and desert forts of Jodhpur, Bikaner & Jaisalmer rank among the most preferred destinations in India for many tourists both Indian and foreign. Rajasthan is culturally rich and has artistic and cultural traditions which reflect the ancient Indian way of life. Rajasthan is divided into 33 districts 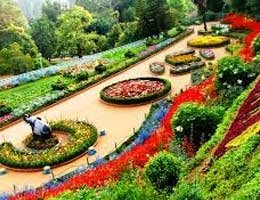 Unplug from everyday routine and head to the beaches and backwaters of southern India. Explore the lush landscapes, intriguing religions, exotic bazaars and incredible contrasts of this region. Jump on and off local transport, go rural through backwater coconut groves and fishing villages, and discover the heart of the subcontinent

Green hills, deep valleys and wild jungles; South India Tour offers you an enchanting and enthralling holidays. Bangalore, the IT hub of India dazzles with swanky malls, modern structures and beautiful gardens. Bangalore Tours which includes tour to one of the most modern cities of India enthralls the tourist. Ooty Tours offer a visit to Botanical gardens and boating in lovely lakes making it a perfect place to relax with loved ones. Tour to the city of Mysore which boasts the luminous palaces and the beautiful gardens is included in Mysore Packages. Famously known as the gift of the forests in Tamil Language, Kodaikanal which is located in the hills of Dindigul district which offers a resplendent view of the stunning falls and the Pillar Rocks are also included in the Kodaikanal Packages. 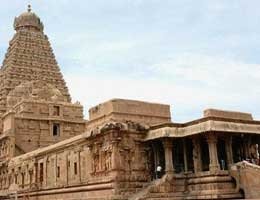 Tamil Nadu is a southeast Indian state and is famous for its Dravidian-style Hindu temples. In Madurai, Meenakshi Amman Temple has high tower gateways ornamented with colorful figures. Kanyakumari, at India’s southernmost tip, is the site of ritual sunrises. Chennai, the capital, is known for its beaches and landmarks including circa-1640 colonial Fort St. George.

With a host of UNESCO World Heritage listed monuments, Tamil Nadu is the cradle of Dravidian culture the Tamil people are proud of this legacy and in many places you can witness worship in places where traditions have remained largely unchanged for centuries. 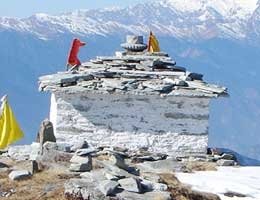 Uttarakhand is a state in North Indian region of Himalayas. The state is popularly known as Devbhumi (land of Gods) due to the presence of numerous Hindu pilgrimage sites. As a result, religious tourism forms a major portion of the tourism in the state. The tourism business in Uttarakhand generated â‚¹23,000 crores during 2013-14.

Syalsaur, this small hamlet situated in the state of Uttarakhand, doesn’t feature on many travel blogs, but lies in a beautiful silence on the banks of the Mandakini River.

Syalsaur is for the traveler who like to stop and ponder. Who wants to slowly soak in the beauty of the place he/she is in. Syalsaur’s adventure lies in its flowing river, its chirping birds, its majestic snow-capped peaks. The adrenaline is replaced by the tranquility of the place. The sunrise at Chaukhamba peak is one of the highlights of this place. It is also a home to many migratory birds, so if you are an avid bird watcher, this could be perfect. People usually halt at Syalsaur on their way to some Pilgrimage spot like Haridwar or Badrinath etc. 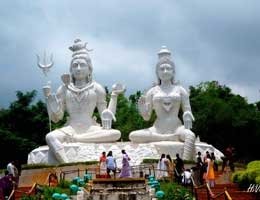 p>Visakhapatnam, which is popularly referred to as Vizag, is named after God Vaishaka. The city is a port city, located along the shores of Bay of Bengal and is headquarters to the Eastern Naval Command of the Indian Navy. Although considered to be an industrial city, Vizag has a rich and vibrant culture and heritage. The city was part of the ancient Kalinga Empire and was ruled by renowned kings, such as Ashoka and Krishnadeva Raya. During the 18th century, the city was a Dutch colony. Today, Vizag embraces it’s past and present seamlessly, making it an interesting and attractive city to spend holidays.

Vizag is blessed with natural beauty, with hill ranges, pristine beaches along its coastline and lush, natural valleys. The city is surrounded by three hills, Sri Venkateswara Konda, Ross Hill and Dargah Konda. Each hill is home to a shrine, dedicated to three different religions. The Venkateswara Konda is home to the Vekateswara Temple, which is dedicated to Lord Shiva; Ross Hill houses the Church of Virgin Mary; and the Dargah Konda is home to the tomb of a Muslim saint called Baba Ishaq Madina Dargah. 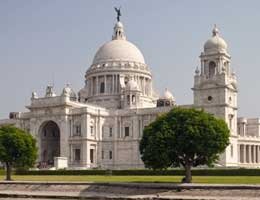 West Bengal is a state in eastern India, between the Himalayas and the Bay of Bengal. Its capital, Kolkata (formerly Calcutta), retains architectural and cultural remains of its past as an East India Company trading post and the capital of the British Raj. The city’s colonial landmarks include the government buildings around B.B.D. Bagh square, and the iconic Victoria Memorial, dedicated to Britain’s Queen Victoria.

Tour Kolkata’s most famous landmarks on this private sightseeing tour of the city. Check out Mother Teresa’s Mission and Mother House and admire the impressive architecture of iconic structures like the Howrah Bridge and Victoria Memorial. Experience local religion with stops at the Jain Temple and Magen David Synagogue, then tour the University of Calcutta for a bit of academic flavor. The largest cricket stadium in India, allows travelers to experience the beauty of this city from air-conditioned comfort. Highlights Full-day private tour of Kolkata with an expert guide Discover the city’s religious diversity with visits to various places of worship like the Jain Temple and the Magen David Synagogue Walk the grounds of one of the top-ranking universities in India, the University of Calcutta Visit two of Kolkata’s impressive architectural works: the Victoria Memorial and the Howrah Bridge See Eden Gardens, the largest cricket stadium in India Enjoy a multi-cuisine fare at a popular restaurant Transport by private air-conditioned vehicle

Enjoy a bit of time at Eden Gardens, where you’ll learn about the nation’s favorite pastime at the largest cricket stadium in India. After checking out what is arguably the most iconic stadium in the country, make a stop at the Victoria Memorial, a museum that’s home to a vast collection of sculptures, manuscripts, paintings and other items from the time of British rule. Finally, make a stop for photos on the Howrah Bridge—the sixth largest cantilever bridge on earth—as you make your way back to your Kolkata hotel after a day of taking in the city sights.

Doars is located in the district of Jalpaiguri, Bihar. It is a gateway to the hill stations of North Bengal. There are lot of dense forest, lust green tea gardens, criss-crossed by Teesta, Raidak, Torsha, Jaldhaka, Kaljani and other rivers. There are some attractions in Doars like Jaldapara Wildlife Sanctuary, Gorumara National Park, Buxa Tiger Reserve and Raas Mela.

Shantiniketan is a small town near Bolpur in the Birbhum District of West Bengal and about 212 kms north of Kolkata. It is famous due to Nobel laureate Rabindranath Tagore, whose vision became what is now a University town – Visva-Bharati University. The place now attracts thousands of visitors each year.

No river on earth plays a more important cultural, economic or social role in the lives of more people than the Ganges River in India. The spiritual heart of the Hindu religion, the banks of the Ganges are strewn with India’s fascinating cities, culturally-important pilgrimage sites, charming villages, mountains and magical forests. Infused with influences of past rulers and European settlers during the British rule of India, a river cruise on the Ganges will introduce you to one of the most important and glorious rivers in the world. We are treated to a tapestry of Muslim and colonial architecture, Hindu culture, Buddhist temples, the daily rituals of Indian village life, and unspoiled countryside all along our river cruise route. We sail through Nalanda, a sanctuary for the Gangetic river dolphin, and marvel at the “Bodhi Tree,” where Gautama first attained enlightenment to become Buddha.

Spend the first day exploring central and south Kolkata, and the second visiting sites in the north, for which you should hire a car and driver. 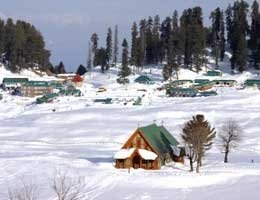